A Tribute to Chadwick Boseman | Top Scenes in Black Panther

Devastating news shook the Internet when actor Chadwick Boseman's passing was announced on Friday (28 August) on his various social accounts. The actor, beloved by people for his character King T'Challa in the movie "Black Panther", passed away at 43 years old after losing his four-year battle with colon cancer.
As a tribute to Chadwick Boseman, here are the 10 scenes that are both action-packed and memorable in "Black Panther".

1. Taking Nakia home.
In this scene, T'Challa was still a prince and on a mission to bring his lover, Nakia back to Wakanda for his coronation. At the same time, they have rescued women and a boy who were kidnapped as well.
This scene is mostly action-packed and we have the chance to see Boseman in action.
2. Wakanda.
After arriving in Wakanda, T'Challa is welcomed by his Queen Mother, Queen Ramonda, and little sister, Princess Shuri.
This heartwarming scene shows how much T'Challa is loved by his family.
3. Ritual combat.
During the coronation, T'Challa is challenged by M'Baku, the leader of the Jabari tribe, for the throne as king. Ritual combat is held and T'Challa defeated M'Baku despite having difficulties.
This scene shows the strength of the Black Panther in combat.

4. New suit.
This is by far the most memorable and funny moment of the film. In this scene, Princess Shuri is so excited to show King T'Challa her newly designed suit for him. During a test, the king was caught off-guard by the repelling forces in his second strike and was thrown off his feet. This left Princess Shuri laughing out loud as a result.
The scene shows the love between siblings despite their royal titles.
5. Mission to take down Klaue.
During his mission to bring Ulysses Klaue, a long term threat to the Wakandans, in South Korea, King T'Challa chases the man across Busan with the help of his sister and his female warriors.
In this action-packed scene, we get to watch the Black Panther in action for the second time in the movie.

6. Challenge for the throne.
Killmonger, King T'Challa's cousin, comes back for revenge after killing Klaue. He challenges for the throne and goes into ritual combat with King T'Challa. The heartbreaking moment is when T'Challa was thrown down the waterfall into the river below, and the people are forced to accept the new king.
The fight truly kept the audiences at the edge of their seats.
7. Wrongdoings of the past.
After consuming the heart-shaped herb, T'Challa went to a sort of spirit realm where he sees his deceased father and other ancestors. His father asked for him to be reunited with the family and stay but instead of accepting the offer, T'Challa cried out that what his father and his other ancestors did was wrong. "We let the fear of our discovery stop us from doing what is right." - King T'Challa.
This scene brings out the courage and responsibility of a king that T'Challa has. And he deserves the respect from his elders to right those wrongs.
8. The final battle.
T'Challa decides to continue the challenge for the throne by stopping Killmonger from giving away the resources of Wakanda to the outside world. With the help of his team, they managed to take down the aircraft that are trying to ship out the weapons.
T'Challa had his final battle with his cousin at the train tracks. Killmonger was filled with hatred and vengeance that T'Challa had no choice but to impale him and end the fight.
This action-packed scene shows the love of T'Challa for his family even when their actions are hurting others.
9. Sunset.
After mentioning the beauty of Wakanda, T'Challa brings his cousin to watch the sunset. T'Challa suggests to heal his cousin in hopes of making it up to him. But the offer got denied and Killmonger took his last breath.
This scene gives a sense of peace to both royals as the hatred and vengeance is now over. 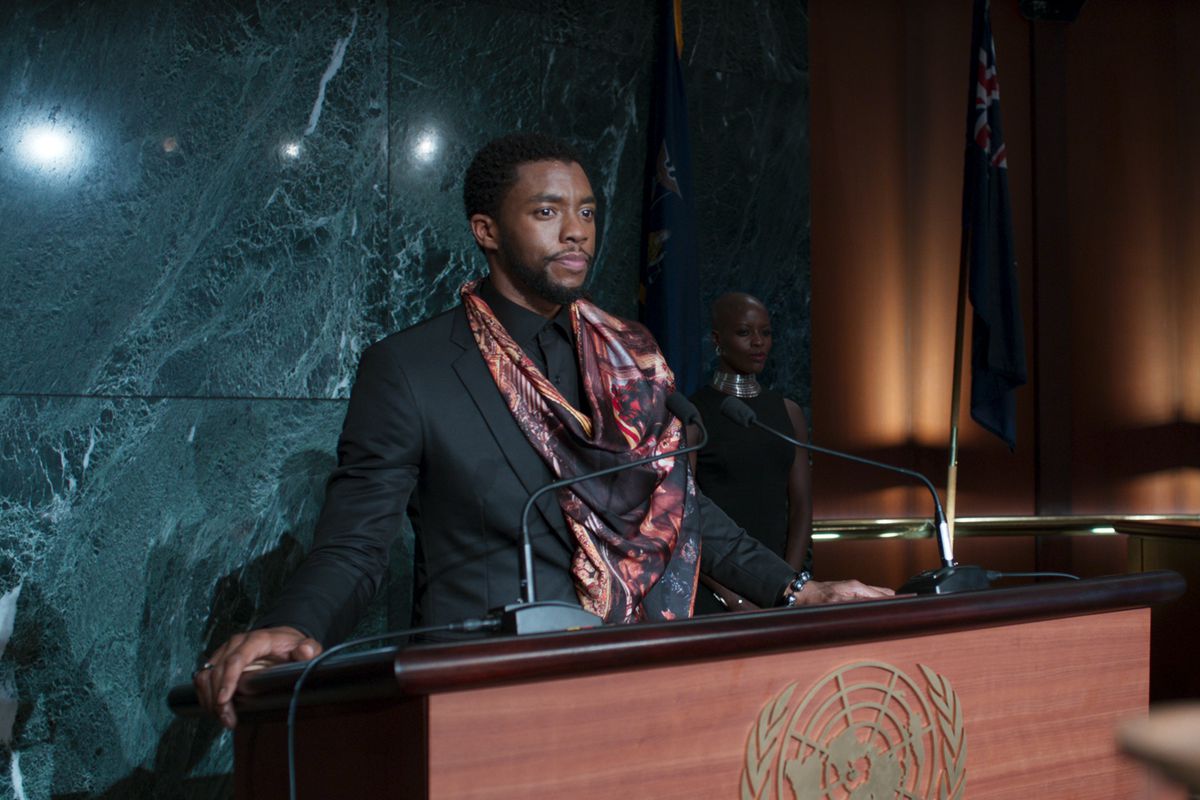 10. Making Wakanda known.
To help make the world a better place, King T'Challa formed the Wakandan International Outreach Centre at Oakland, where his father killed his uncle. He also attended a press conference at the United Nations to introduce Wakanda to the world.
This meaningful moment shows us that King T'Challa kept his word about righting the wrongs of his ancestors and giving a helping hand to the world beyond Wakanda's borders.

May Chadwick Boseman rest in power. His contribution to the lives of people will be remembered.

All About the Black Panther | Get to Know Chadwick Boseman

Is Being Hot a Sport | What is Alica Schmidt Still Doing at The Olympic Village?

Talented Zii Jia Strikes Again: Releasing A Song of His Own Creation