“I am PM for All” | Muhyiddin Pledges to Represent All Malaysians

Prime Minister Tan Sri Muhyiddin Yassin has vowed, in his maiden speech yesterday (2 March 2020), that he will represent all ethnic groups in Malaysia, from Perlis to Sabah, and be a Prime Minister for all!

“I am your Prime Minister, whether you are Malay, Chinese, Indians, Sikhs, Ibans, Kadazans, Dusun, Murut, Orang Asli or other various ethnicities.

“Whether you are a farmer, a fisherman, a trader, a civil servant or a private-sector employer, I am your Prime Minister,” he said. CABINET MEMBERS OF CALIBRE WITH INTEGRITY AND CLEAN TRACK RECORD

The Prime Minister has assured the people that he will elect individuals of calibre who have integrity and clean track record as his Cabinet members in his first address to the nation last night.

“I know people want a clean government that has integrity and is free of corruption. I promise to appoint a Cabinet of individuals who are clean, with integrity and of calibre,” he said during the televised public address.

“My government will prioritize efforts to increase administrative integrity and management, to enhance law enforcement to fight corruption and abuse of power.” The 72-year-old said that he is aware of people’s suffering and their wish to have a sensitive and efficient government who has the means to meet their daily needs and solve their problems on cost of living.

He also urged the people to maintain hygiene during the CoVid-19 outbreak, adding that he will prioritize quality and affordable healthcare services.

With his 6 years of experience as an Education Minister, the Prime Minister also promised to improve the quality of education in Malaysia.

“My government will focus on implementing the Shared Prosperity Vision 2030 to improve the nation’s economy and push to bridge the socio-economic gap.

Muhyiddin urged the people to support him in undertaking the huge responsibility entrusted to him. “Give me a chance to utilize my 40 years of experience in politics and government to steer Malaysia to glory. I am offering my heart and soul to the nation.

“Give me some time to plan out a path for the government and the country. I will explain the new administration to the people as soon as possible.”

Muhyiddin thanked the people for remaining calm and patient despite the political uncertainty.

He also thanked the former Prime Minister, Dr. Mahathir, for the many contributions he had done for the country. 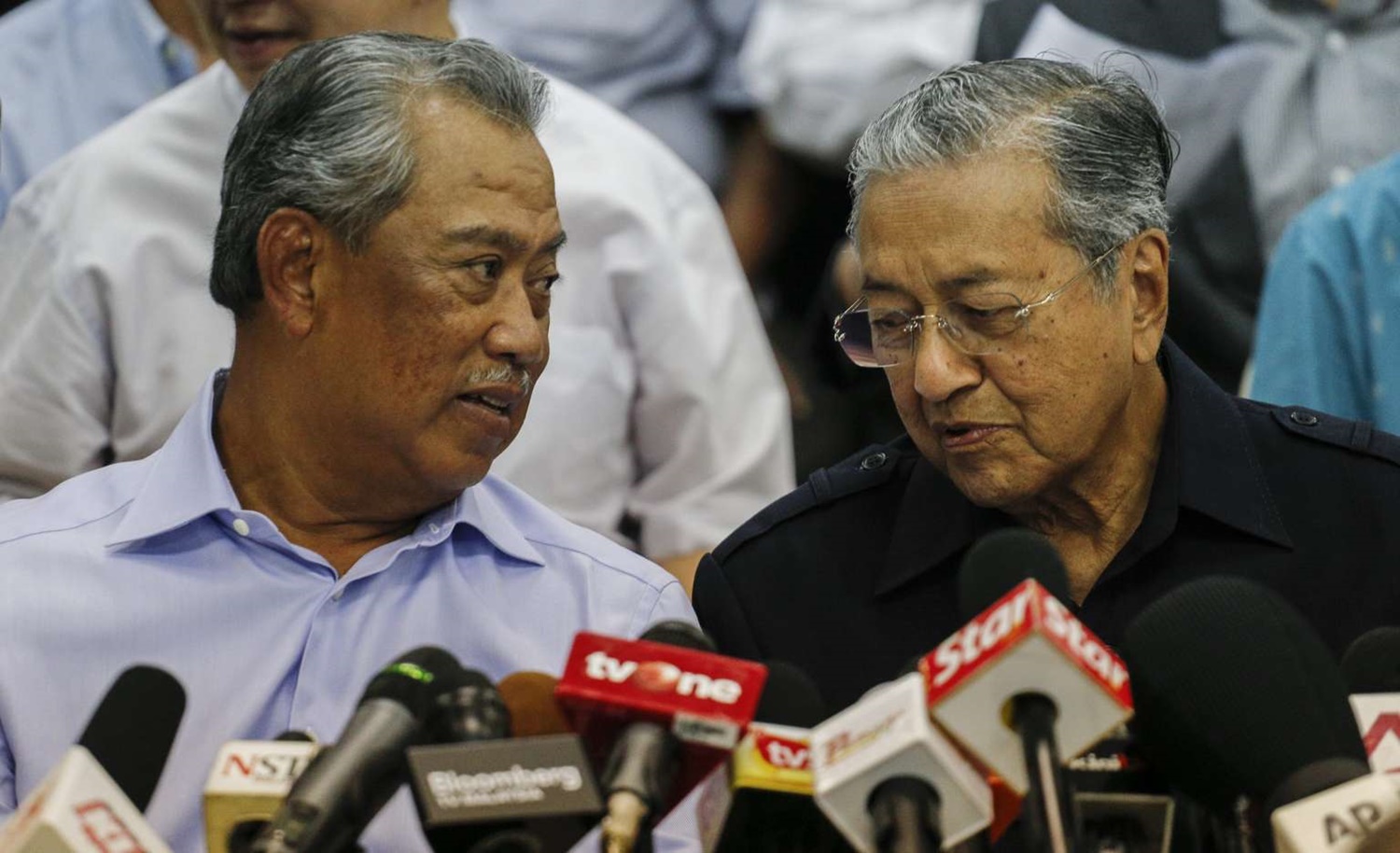 NOT A TRAITOR, CONSCIENCE IS CLEAR

“I know there are people who are angry at me. As expected, some are calling me a traitor. Listen carefully, I am not a traitor. I am here to save the country from prolonged turmoil,” said Muhyiddin when once again denying being a traitor, adding that he stepped forward to save the situation.

He also mentioned that he had no intention of becoming the Prime Minister. On the contrary, he took his time to think deeply before making the decision to accept the nomination as Prime Minister.

He was facing 2 choices, he said. Either continue supporting Dr. Mahathir who did not gain the majority support or accept the nomination.

“If I support Dr Mahathir, the political crisis would continue. The parliament might be dissolved and a snap election will be held. I know we are all tired of the political tumult. In this situation, as a leader, I need to seek a solution to the turmoil will not be prolonged,” said Muhyiddin.

According to him, he met with Dr Mahathir and asked for support. There were 2 other party leaders in the meeting.“He said that he would make way for me if I obtained the majority support.

“With that, I accepted the nomination as the Prime Minister,” he added.

Man Gives Her Girlfriend Probably The Best Surprise Ever!

Batrachopus grandis, The Ancient Crocodile That Walks On Two Legs Like A Dinosaur